Tell Me a Story: How Did You Become CEO of Bespin Labs? 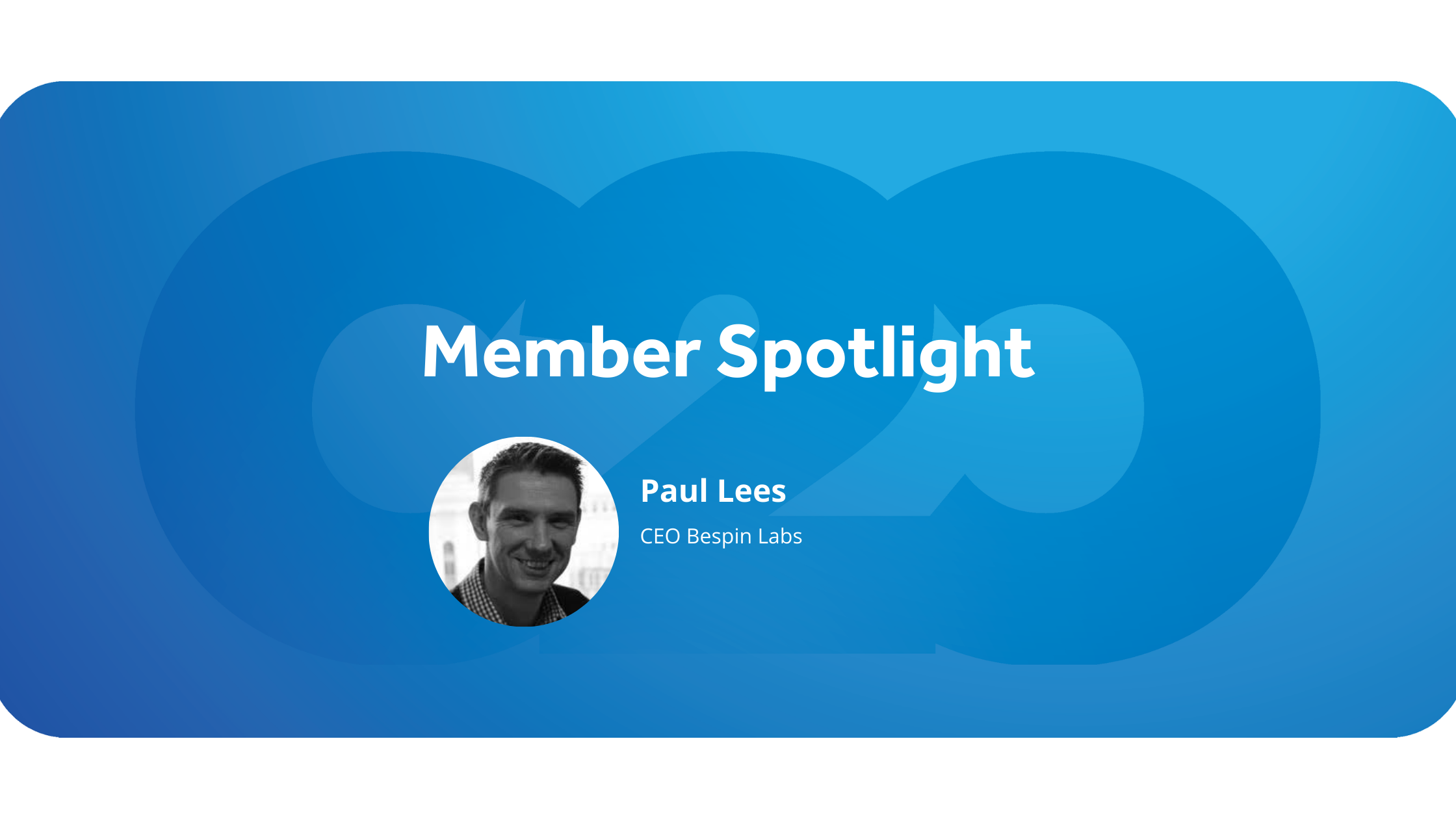 The power of community is in its conversation. We know that the best ideas begin amid laughter and grow into success stories through coffee-fueled days and nights among friends. With the “Tell Me a Story” series, we want to know how you got there, wherever that may be; after all, your journey could help another take their first step.

Today, we bring you the story from Paul Lees, CEO of Bespin Labs, who noticed a need, planted a seed, and now has grown the organization to help companies worldwide.

Let's start at the beginning

Lees found himself in the Google sphere through a series of fortunate events and began his career as the technical director of an identity and access management company, specializing in Novell and Microsoft products.

“One of the products that I was extremely experienced with, in addition to identity and access management, was Novell’s email platform GroupWise,” Lees said. “I’d been using and developing tools around Novell NetWare and GroupWise, since the early ’90s, so had a good understanding of how everything worked ‘under the covers.’”

A chance meeting with a colleague in the industry revealed a tip that changed Lees’s life.

“A large U.K. media company was looking to migrate away from GroupWise to something called Google Apps,” he said. “Other organizations in the media industry had already made a move but didn’t migrate; however, I knew that if Google Apps were going to become mainstream, it would need to have a migration tool.”

“So I spent the evenings researching, and eventually, with the help of a talented developer, created the world’s first migration tool for Google Apps,” he said. “The tool was an immediate success with partners in the U.S. who were desperate to use it.”

And the rest is history. Lees left his steady IT job, along with a few others, and created their own Google business in the U.K.

C2C: That's pretty cool. But, what makes you cool?

Paul: I’ve been around the Google Cloud market almost since day one, so I have got a good understanding and experience of the ecosystem, but I would say that my area of expertise is really with Google Workspace/G Suite and the APIs that support it.

In addition to Google Workspace, I’ve been involved in Google Cloud Platform when the only thing available from Google was the Google App Engine. I developed my second successful application for the Google ecosystem.

I’m now working on product number four; we don’t talk about three or five, those crashed and burned, but we learned from them and moved on.

In addition to creating applications, I've also presented at Google Next twice, including being a Google Team Drives launch partner. I've worked with most partners worldwide and been involved, behind the scenes, in many high-profile Google migrations. I was also responsible for the world’s first Google to Google migration and lived to tell the tale.

C2C: What makes you an expert?

Paul: I feel that I’m an expert at creating applications for Google Workspace. I’ve made applications that have serviced millions of people and tens of thousands of businesses, so I know what it takes to build a product, create a brand, and scale an organization to service and support that brand and its community.

C2C: Talk Google Cloud Platform to me. Do you have a favorite product? Project?

Paul: I was really into Google Wave, but I guess Jesse Nowlin has covered that one already.

So for me, it would have to be Google Docs. I just love how I can collaborate with my team, partners, and customers on everything from documents to presentations.

However, what I love the most is introducing people to real-time collaboration for the very first time. When they join the group, and everyone is in the document at the same time, commenting and adding content is just priceless.

Someone once said that I love my products more than I love my children. That isn’t true, but I am super passionate about the products I create. Currently, I am focused on Patronum, a Google Workspace user life cycle and management tool, and we’re excited to be creating a new brand and a customer community around it. We want to be different from the other Google Workspace management tools in the community. We aim to be truly customers first. This starts with community-driven features and a road map as well as a community-based pricing policy. We’re excited to bring Patronum to the market and can’t wait to share what we’ve been working on with a broader audience.

C2C: If you could go back and tell yourself a piece of career advice, what would it be?

Paul: If I could go way back in my early career, I would have to tell my younger self to believe in myself more. I’ve let opportunities pass by and relied on others when instead I should have been bolder and more courageous.

Paul: I’m not really into collecting badges and certificates just for the sake of it, but I do have the Google sales and technical certifications required to maintain partner status, and looking forward to renewing those this year.

I’d like to get all the Google Workspace-related certifications, as I often see things from an API perspective, so making the time to learn some of the standard Google tools would be extremely helpful to some of the projects we currently have underway.

C2C: Inspire me! Why did you choose to join the C2C community?

Paul: I feel that Google Cloud lacks a solid, well-run independent community. There are pockets of interactions around, including Google’s Cloud Community, Reddit r/GSuite, and a number of meetups around the world, but they often feel unloved places, even though they have some extremely talented contributors.

Due to the global pandemic, people and organizations are looking for better ways to interact and stay connected. Many creative individuals in the Google Cloud community have risen and created their amazing podcasts, YouTube channels, and blogs. I am hopeful that C2C can become a vital resource that helps bring all these things together.