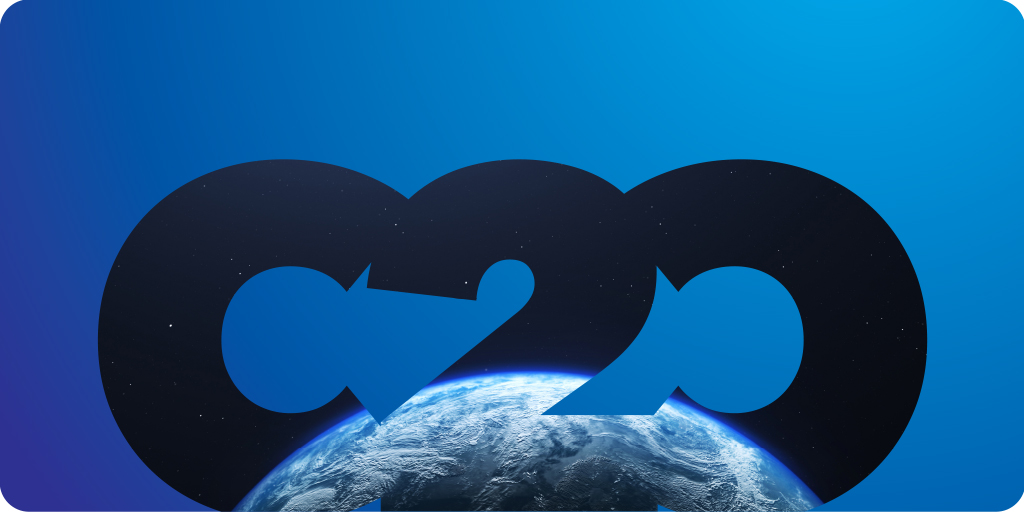 Known as a prominent programmer and entrepreneur in the tech space, Andi Gutmans today serves as the General Manager and VP of engineering for databases at Google Cloud. He is responsible for overseeing a group whose goal it is to support customers with their data journeys and with transforming their businesses.

“It’s a three-step journey,” he said. “We take them through migration, modernization, and then

transformation. The best part of what we do is being able to innovate on behalf of our customers.”

Innovating is something Gutmans does well. He co-created PHP, the programming language that is the most widely used web language for creating dynamic web pages, and he also co-founded Zend Technologies, which continues to do much of the work in further developing PHP. Gutmans doesn’t shy away from new challenges. He instead thrives on finding solutions for them. “All customers want to eventually get to transformation,” he said. “But it’s not always easy to make the full leap in one step. I’m excited about the opportunity to partner with them on that journey and to really enable that transformation.”

Setting the Steps for Transformation

Businesses—large and small—have begun to accelerate their digital transformation in the wake of the pandemic. As they do so, they recognize that data is becoming the most important asset they have. “Our goal is really to enable customers to leverage their data and use that to drive their transformation,” Gutmans noted.

He and his team are focusing on three key areas where Google Cloud can separate itself from other cloud companies. The first is in simplicity. “We need to make the journey easy,” he said. The second is in the ability to bring to the table visionary technologies and capabilities. It’s not just about helping with the migration and modernization stages,” he added. “It’s about truly enabling customers to accomplish things that they weren't able to do before.” And then the third focus area is the ability to do all of this in an open manner. “We need to make sure that customers are not locked in.” Gutmans discussed the benefit of hybrid and multi-cloud scenarios using open APIs—something Google is very committed to doing.

“Ultimately, the data is theirs,” he insisted. “Data is an asset, and we want to make sure that customers can control and take the data wherever they want to, and that's a big part of our investment.”

Bringing It Back to Basics and Back to the Customers

Gutmans has been pegged as one of “The 10 Founding Fathers of the Web” because of his work on PHP. It was a distinct honor for him, considering the impact it has had on the world and in the technology space, but especially on his own ability to better understand the customers he serves today. “It’s definitely quite a transition for me, moving from programming languages to working on databases in the past years,” he said. “What I found was that it actually better set me up to understand our customers’ needs as what they are building is ultimately a data-driven application.”

Early on in his career, he spent a lot of time developing applications that would solve business problems. This gave him a view into the different types of problems customers were facing as well as how open APIs can benefit everyone. “It gave me an appreciation for what we needed to do on the backend of programming as well as at the database level to really support those applications,” he said. “I got to understand the end-to-end journey customers need to take.”

In previous interviews Gutmans has said that he has a passion for building teams that have a bias for action. I asked him about what that meant and how he measured the success of such a team. “Often, you can get into a situation with the product and engineering teams where everything becomes hypothetical,” he noted. “It takes people a long time to figure out the right thing to build. I look at it through the lens of the customer and expect my teams to move fast, keeping of course 100% focused. We all want to have very innovative teams, but you want to have that bias to radiate through quickly for customers and make sure you're consistently delivering customer value. And so that's something that I've always embraced.” He added, “In theory, theory and practice are the same. But in practice, they’re different.”

Moving from Theory to Practice and Beyond

Running managed services on behalf of global businesses is no easy task. Gutmans has his work cut out for him and said his priorities are to focus on availability and security. “I think about how to continuously improve our operational excellence and our ability to serve our customers best in production,” he explained. “That is our number one job.”

As more customers lean in to accelerate their digital transformations, Gutmans and his team will be at the ready to help take them from theory to practice and beyond. “I think customers knew they had to do this already, even before the pandemic,” he said. “There are so many benefits to cloud adoption, whether that's agility, lower cost, and so on. But I do think that the pandemic has increased the sense of urgency around digital transformation, and customers are looking to get to that stage a lot sooner.”

He discussed the three steps in the journey, which include migration, modernization, and then transformation as each being equally important. “Although it’s exciting to see that willingness to adopt that more cloud-native architecture, there is still a pragmatic side of other things customers need to do to get there. But this is where it gets fun because we get to partner with customers and innovate. We get to help them reimagine their business processes while moving through that digital transformation journey and beyond.”

What’s Developing Next on the Horizon?

Gutmans has a very interesting perspective in life—not just through his work in the technology space, but also in his lived experience. He holds four citizenships—Swiss, British, Israeli, and American. “Just for some context,” he said, “the reason why I have four citizenships is because my mom is British. I was born in Switzerland and grew up there until I was 10. Then, I moved to Israel and lived there until 16 years ago when I moved to the U.S. And all those countries don’t mind that you hold the other citizenship.”

Although it is circumstance that the four countries have policies in place that allow for the multiple citizenships, it has provided Gutmans a unique experience in his career. “I have never really felt like I belong to any specific place,” he said. “From a business perspective, that has helped me both understand similarities that we have across the globe, but also some of the unique differences—cultural or otherwise. This has helped me build technology that can serve everyone, but also understand that we can’t have technology that is one-size-fits-all.”

As he looks to 2021, Gutmans said keep your eye on cloud adoption because that’s where we’re all headed. Also, remember that data is at the center of that move. “Today, more than 75% of new database usage is in the cloud, and by 2022, 75% of all databases are going to be running in the cloud,” he said. “We’ve built great services for our customers and seeing that acceleration going into 2021 is really exciting. There’s a lot of hard work we’ve done in 2020 to really catch up to what our enterprise customers need. And so, I believe 2021 is going to be a great year for us.”

Make sure to register for the upcoming conversation with Andi Gutmans, taking place on Nov. 10. You can reserve your spot here. Don't delay—seats are limited.