5 Takeaways from the Rockstar Conversation with Google’s Urs Hölzle 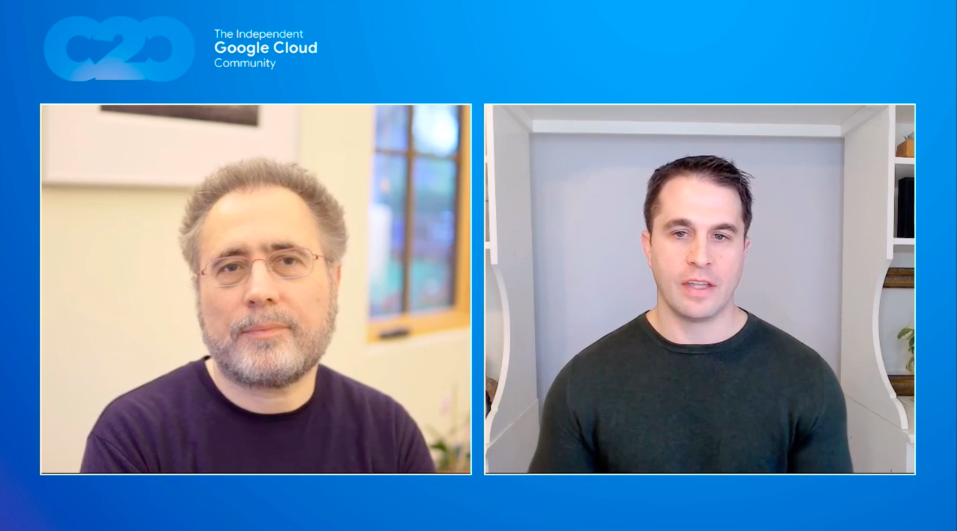 In the third installment of its Rockstar Conversations series, C2C welcomed Urs Hölzle to discuss modernizing infrastructure for the present and for the future—a topic front and center on most people’s minds today.

Hölzle, who is one of Google’s first 10 employees, is a leading expert in this topic. In addition to his extensive knowledge and experience in working with creating and further developing Google’s infrastructure, he is the person in charge of design, installation, operations, networks, and data centers, and making it all available to developers around the world.

Hölzle spoke about many topics during his hour-long appearance; here are five key takeaways from the lively conversation that took place on the C2C Rockstar stage.

The technology is not the only thing that has evolved during Hölzle’s tenure at Google. The company itself has gone through changes, which in turn has pushed innovation forward. “One of the key things of designing the technical infrastructure for Google and for customers is to think about it in terms of how to create things that are scalable and reliable,” Hölzle said. “That is true not just for the technical parts, but really of the people parts of the organization.”

Amid constant change, there are two things that have remained steady at Google. First, everything is all about collaboration. “Different disciplines need to come together when building a platform,” Hölzle said. “No one discipline is more important than another, and no one can do it alone.” Second is that there is a culture of blameless postmortems at Google. “When stuff goes wrong, we focus not on blaming who was responsible, but really on completely analyzing it and learning from it, and then putting into place measures to prevent that in the future.”

Hölzle hammered home the point that solutions that are great today won’t remain great tomorrow. “Because the internet is constantly changing, the problems are changing, too, and you actually need to continuously adapt,” he said. “To be successful at scaling on an enterprise level, it’s a combination of needing to be really good at things, but at the same time needing to let go of things.”

Anthos, which is an application platform that provides a consistent development and operations experience for cloud and on-premise environments, was first introduced in 2019 at the Google Next conference in San Francisco.

“At Google,” Hölzle noted, “we say that launching something is not important, but landing it is.” He talked about how Anthos needed to land in customers’ hands and actually deliver value, and he believes it has done exactly that. “The real accomplishment for me about ‘Anthos the dream’ is that today it is ‘Anthos the reality.’ I'm really happy that a year and a half or so of general availability we are seeing real traction in the field, and we have production workloads in place and an exploding ecosystem around it.”

Through open APIs, Anthos works to standardize tasks or questions that developers work on every day, and then provide these open APIs in a managed form so that it’s updated. “You don’t have to worry about maintaining the stack no matter where it is—whether it is on-premise on bare metal or on VMware, or in the cloud,” Hölzle said. “You can pick your environment and all these things are the same. Your teams learn it once and they can use them anywhere.”

Hölzle has been quoted as saying, “For the cloud to take over the world, it needs to make everyone successful.” When pressed about what he meant by that statement, he answered, “When we think about the cloud today, we think of it as a technology play. But actually, the cloud is still a niche development. In the grand scheme of things, it’s 10% of the total IT.” He added, “For it to become more widely used, it needs to solve everyone’s problems, not just the problem of a technologist.”

The goal is to make things easier in the cloud than they are on premise, and the examples Hölzle used included compliance, productivity, and life cycle of data. “All these things are actually still hard in the cloud, and so if the goal for the cloud is to get to 50%, 70%, or 80% of IT, you have to solve all these technical and nontechnical problems as well. And then it becomes available to a lot of these small companies that consume it indirectly, or large companies with ambitious goals, or heavily regulated companies, and so on.”

Hölzle noted that if we were having this same exact conversation in 2025 looking back at 2020, “we would all be pretty embarrassed.” He said the work we are doing now on the cloud is still very primitive and very functional. “Our goal should be to look back five years from now and say, ‘well I remember liking it, but now I kinda don’t understand why because it is so much better today.’” The collective goal should be that the cloud makes everyone successful by solving more problems across the board. “It’s a big challenge, but also a big opportunity,” Hölzle said.

“We want this to be computing where if you look at it and if you understand the whole stack and the whole technology, you say this is as much my infrastructure as my on-site data center and my own servers and my own set of system administrative laws. There is no provider risk in there,” he said.

Hölzle further explained that confidential computing ensures that everything has encryption. “Before confidential computing, one gaffe in encryption was that your data was encrypted when it was stored and when it was in transit on the networks, but when it was being processed in main memory or in the server, it was not encrypted because it needed to be processed. Confidential computing really relies on hardware technology where the CPU always encrypts data before writing it to DRAM (dynamic random-access memory).” The biggest benefit is that there will not be a single bit of unencrypted information. “So, from the end point that holds your keys all the way into the CPU that actually touches your data, everything is encrypted. That’s the vision that we’re working through.”

Last month, Google Cloud set a goal to run its business on carbon-free energy everywhere, at all times, by 2030. A blog written by Hölzle noted, “This means we’re aiming to always have our data centers supplied with carbon-free energy. We are the first cloud provider to make this commitment, and we intend to be the first to achieve it, too.”

This initiative—which started off as a cost-savings measure—is important for Google Cloud, especially now that the company knows the environmental impacts at stake. “In 2007, I saw that we [Google] was getting bigger, but also that climate and carbon was going to be a problem that was only going to get bigger and more urgent,” Hölzle said. “That’s when we decided to become carbon neutral.”

Since 2017, Google Cloud has purchased as much renewable power every year as it uses in all of its operations. “For every kilowatt of power we consume, we purchase a kilowatt hour of renewable energy from a new wind or solar farm,” Hölzle said. As part of its newest goal set forth this year, Hölzle noted in his blog that as Google learns by doing, it will also help develop useful tools to empower others to follow suit. “In the last decade, we've led the way in deploying renewable energy at scale—and, in the process, helped drive down costs for wind and solar. It’s time to do the same for next-generation technologies that will allow for a wholesale transition to 24/7 carbon-free energy.”

Make sure to register for the next Rockstar Conversation with Pali Bhat, taking place on Oct. 22. Register here. Don't delay—space is limited.