5 Takeaways from the C2C Conversation with Google’s Hamidou Dia 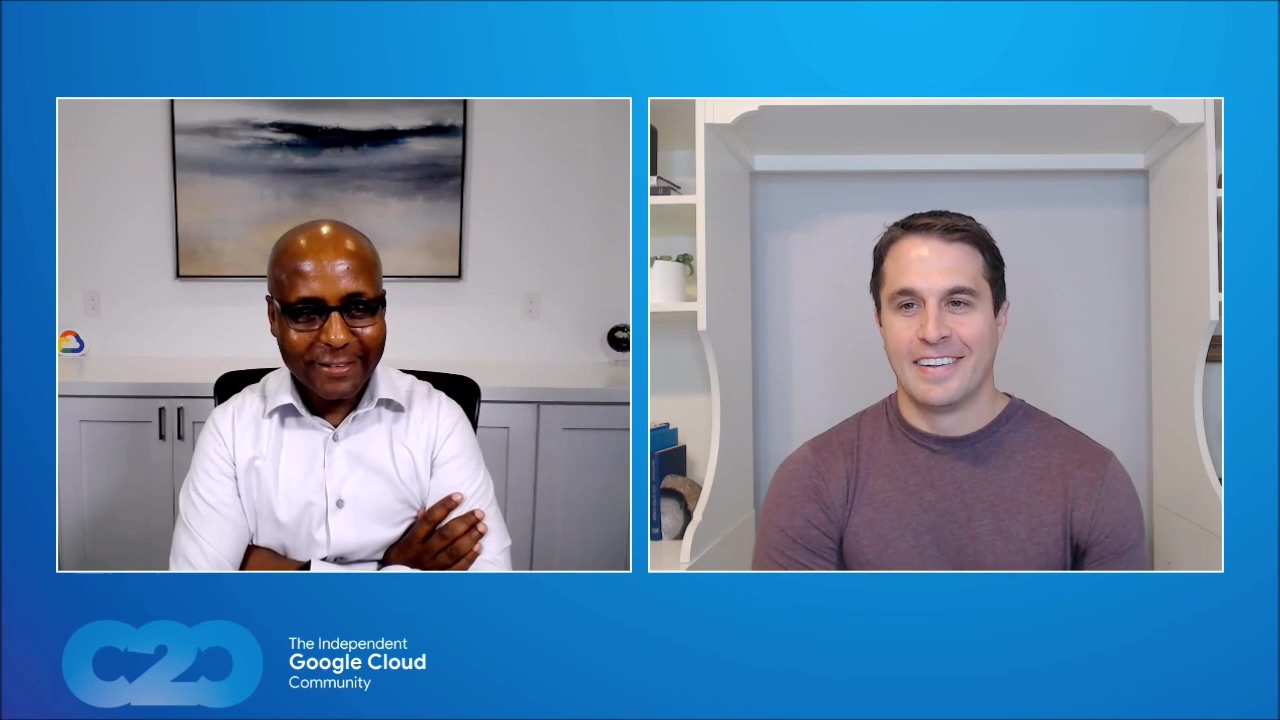 C2C invited Google Cloud’s VP and Global Head of Solutions Engineering Hamidou Dia to discuss building a carbon-free future. The topic is timely considering the mid-September announcement from Google CEO Sundar Pichai, who laid out the company’s ambitious goals as it heads into its third decade of climate action.

“The science is clear,” he said. “We have until 2030 to chart a sustainable course for our planet or face the worst consequences of climate change. Sustainability has been a core issue for us since Google was founded 22 years ago. And now, we are embarking on the next decade of climate action and moving the world closer to a carbon-free future for all.”

Dia spoke candidly about Google’s achievements throughout the first two decades and where it's setting its goals over the next two. Here are three takeaways from the conversation that took place.

Dia added that in the beginning, Google was very focused on reducing its environmental impact, “first by increasing our energy efficiency, and then by offsetting the carbon that we emit to our operation.” The company did this by improving the energy efficiency of its data centers and servers so that they were twice as efficient as the industry average. “In the second decade of operation the focus was placed on expanding access to renewable energy,” Dia added.

As Google looks to the third decade of action, it plans to go further to help build a carbon-free future for everyone by eliminating its entire carbon legacy, committing to operate on 24/7 carbon-free energy in all its data centers and campuses, investing in technologies to help its partners and customers make more sustainable choices, and generating more than 20,000 new jobs in clean energy and associated industries. “The biggest focus is on customers and partners,” Dia said. “If we are helping you move your services and workload to the cloud, we can today help you calculate the carbon footprint of those workloads.”

There is no doubt that there is an increase of customers moving to the cloud, which could be a direct result of more organizations looking to accelerate their digital transformations. But a move to the cloud could also significantly affect an organization's carbon footprint for the positive.

As part of his value engineering organization, Dia has a team dedicated to helping customers conduct a sustainability assessment of its IT operations. After the assessment is complete, they provide customers a blueprint for how to reduce their carbon emissions. “What’s important here,” he noted, “is that within an organization’s digital transformation program they include a sustainability team.” He suggested that the team include stakeholders who understand how workloads on the cloud affect emissions and, ultimately, an organization’s carbon footprint.

Dia provided an example. “We worked with UPS and looked at the millions of miles a truck drives to deliver packages to consumers. We created algorithms to optimize the trucking route, and now UPS saves $400 million a year by having reduced fuel consumption by 10 million gallons a year.” Dia pointed to the fact that customers not only benefit from the fact Google Cloud is one of the cleanest in the industry, but also from the fact that he and his team can go further by working with them and looking at their core business processes to help them reduce their carbon footprints.

It’s one thing to discuss how bigger organizations like Google can make an impact by reducing their carbon footprints—or even how they can navigate the project. But what about the smaller organizations? C2C asked Dia what motivation or advice he can give smaller companies about their efforts and in how to make the best decisions for the biggest impact.

“The key for any organization,” Dia stated, “is to look at digital transformation and sustainability, and to bring the two together early in the process. Make sure sustainability is at the heart of the project.” Aside from making sure to include sustainability in every business process, Dia encouraged everyone to leverage technology from partners such as Google and lean on the resources made available.

He discussed a project Google Cloud did in partnership with National Geographic. “We worked with them in moving their iconic photo archive to Google Cloud,” he said. “It was a relatively small workload—a 20TB Java application—that enabled explorers and photographers to store and license their photographs.” After analyzing the carbon emission impact of moving that application to Google Cloud, Dia said it was almost a reduction of 17,000 kilograms of CO2 per year. “Moving them to Google Cloud was equivalent to not burning 18,000 pounds of coal,” he stated. Even small projects can have big impacts.

As AI and ML become increasingly more a part of business processes, the question came up if there are concerns about energy consumption of AI development and processing. Dia cited a recent industry study that shows that while the amount of computing done in data centers increased by about 550% between 2010 and 2018, the amount of energy consumed by data centers only grew by 6% during the same period.  “So, while data centers now power more applications for more people than ever before, they still account for about 1% of global electricity consumption.”

He noted that Google now delivers seven times as much computing power with the same amount of electricity. “There is a lot of talk about AI machines using electricity, but it is significantly less consumption, not to mention we generate significantly more value.”

Ultimately, on whether he was concerned about AI being an issue when it comes to emissions, Dia was clear that the numbers don’t support the claims. “The value we get from AI far outweigh the concerns or costs of emissions. Albeit a great question, the key is to always look for the balance.”

Google has committed to quite a bit as it heads into decade three of carbon action. Dia outlined the company’s priorities and how it plans to get there. He even discussed a little bit about what could possibly be in store for the next decade after that.

He noted the importance of looking at this from multiple angles—both from a technology perspective and from a transactional perspective. “In working with cloud customers of all sizes,” he noted, “we really want to invest in technology that will allow us to drive change and improve operational efficiency, but also, we want to focus on getting clean energy in the system.” He added, “That can happen by purchasing clean energy, executing more transactions, partnering with the ecosystem, and building on the renewable energy project.” The other part of this process is to focus on policy. “We're going to actively be involved in policies with partners that have a significant impact on the climate,” he said.

As the company gets working on this decade’s road map, Dia said, “I’m just so proud of what we’re doing. To be able to run our entire Google footprint 24/7 carbon-free across the entire supply chain is going to be phenomenal.” As for what’s in store for the following decade, Dia said, “Once we’ve achieved that, the next goal will be to help organizations around the world tap into our technology and our learnings and follow suit.”

Make sure to register for the next conversation with Andi Gutmans, taking place on Nov. 10. Register here. Don't delay.